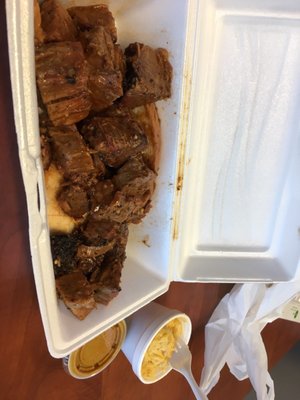 402BBQ has all of your classic Barbecue favorites, such as Pulled Pork, Beef Brisket, Smoked Turkey, and Smoked Sausage daily. Any kind of ribs you like are available upon request. We only cook ribs to order, so please call, email or text your ribs order 2 days in advance. More

#16 of 17 Barbecue in Omaha #701 of 911 Restaurants in Omaha There aren't enough food, service, value or atmosphere ratings for 402 BBQ Food Truck, Nebraska yet. More

In August, Kelly Partusch will begin offering 402 BBQ's award-winning menu in a former Crane Coffee location near 84th Street and Frederick Avenue in Omaha. That endeavor is likely to sideline her... More