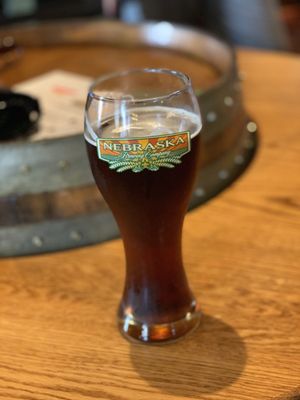 There are no reviews of
Nebraska Brewing Co .
Be the first to ⭐ Write a Review.

The brewery is where you’ll find great tours of the facility, a much larger expansion of our barrel aging program, a beautiful tap / tasting room, and a wonderful meeting space adjacent to the tap room for private parties or business meetings. The most accoladed brewery in Nebraska has something to offer – you really should check it out. More

Nebraska Pils. Nebraska was home to many wonderful breweries before us. This Beer pays homage to some of The Choicest Products of the Brewers’ Art. Wonderfully bright and pale in color with a satisfying malt flavor. Classically Nebraskan. More

Private tours of our La Vista production facility generally take about 50 minutes and if your tour includes a tasting, add an additional hour. Private tours can be requested by Contacting us at (402)934-7988 or emailing us at info@nebraskabrewingco.com. More

We’re fans of the great outdoors & one of the things that makes the mind wander to thoughts of camping is a great fire & S’Mores. We’ve taken a newly formulated Brown Ale & blended in a perfect amount of vanilla & created the equivalent of a S’More in a pint glass! More

Upstream Brewing Company is located in the heart of the Old Market District in Omaha, NE. Offering great food, in-house-brewed beer, and much more. Reserve your table now! More