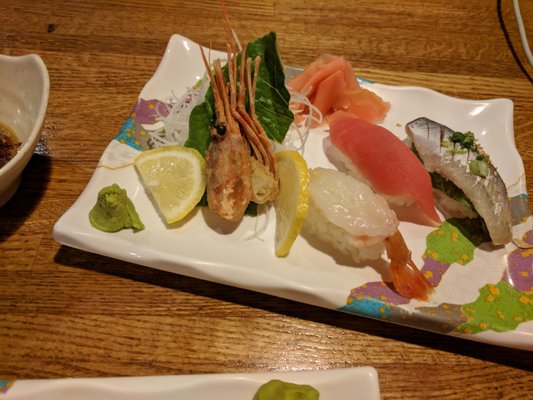 There are no reviews of
Sakura Bana.
Be the first to ⭐ Write a Review.

Enjoy the traditional Japanese food at Sakura Bana. One of the very first Japanese restaurant in Omaha, NE. We serve a wide selection of traditional sushi dishes, sashimi and noodle. Looking forward to serving you soon! More

Sakura Bana is the (claimed) original sushi restaurant in Omaha. It is probably the only really Japanese restaurant, in terms of serving hot/prepared dishes, in addition to the sushi (and not just teppanyaki and does not serve Thai, Chinese, or other Asian cuisine), since Sushi Japan closed (which I still pout about). More

Sakura Bana in Omaha, Nebraska has been open since 1986. Since then, it has made a reputation for itself thanks to an extensive sushi bar and authentic Japanese fare that just isn't available elsewhere in the city. The appetizers alone at Sakura Bana are overwhelming. More